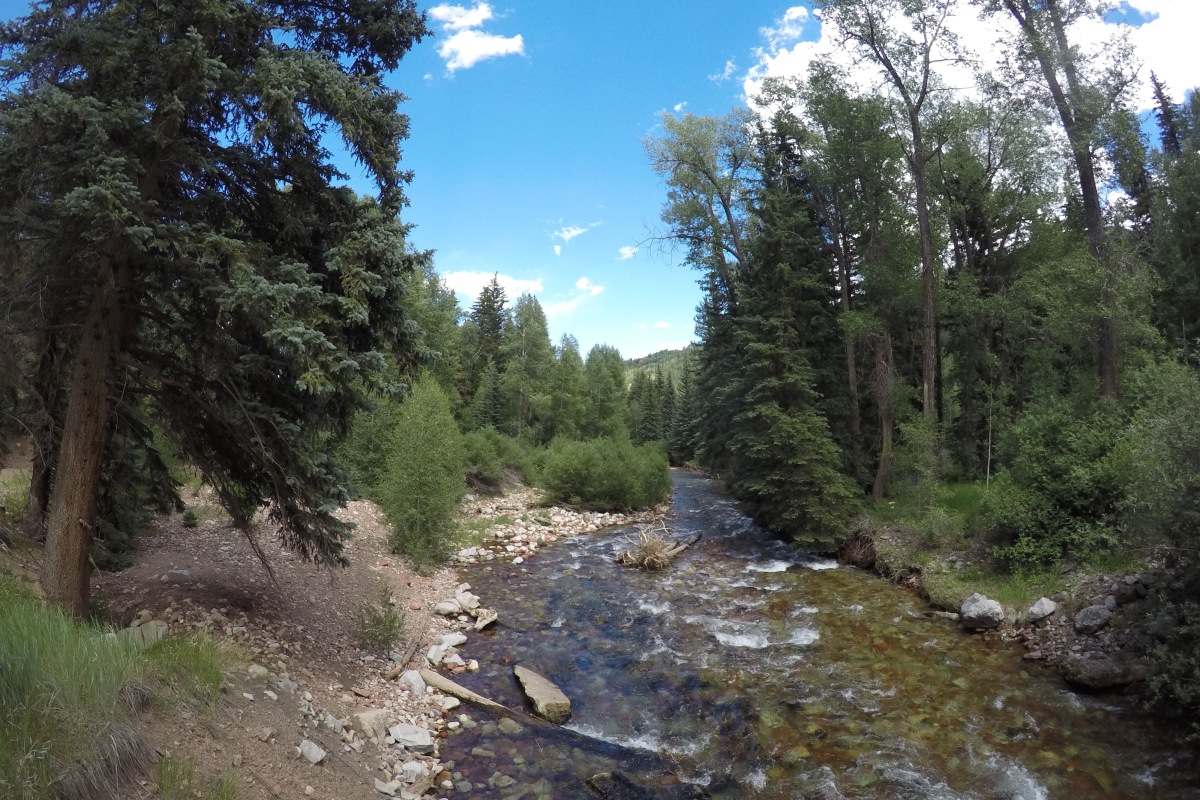 After day 1, 2 and a half of our summer adventure we headed off to Aspen/Snowmass. The land of money a plenty and some of our close friends. We had a mad scramble to beat the sun going down and managed to tear down camp in twenty minutes, make the drive across Independence Pass and get down into another valley to set up camp before losing the light. It was real close, but we made it! And Mixie, our pup who gets car sick, made it through one of the worst drives for car sickness ever without issue. It felt like a blessing to have the pup happy while we were stressing about bears and beating the sunset.

Many of the campgrounds we drove past along the Pass had huge bear warnings requiring hard shell campers. No tents allowed due to the high bear activity. Naturally worried, I wasn’t feeling good about this. But we trekked on and I kept telling myself not to live in fear – fear of nature, fear of the unknown, fear of getting out of my comfort zone. This is presenting itself as a theme of my 30th year on this fine earth.

After the fire ban at Twin Lakes, where we’d planned to stay for a few nights, we were happy to be in the spot that we’d call home for three days. Our buddies suggested we set up camp at Snowmass Creek, I suggested we camp without bears. They quelled all my fears by explaining the site, shielded from bears by the creek/river, and also reminded me of response protocol on seeing a bear. Bears are natural, we’re playing their house, we should respect them, but not fear them. Then we talked about the recent mountain lion attack in Aspen. Yep, I was anxious. But I also do not believe it is the animal’s fault when they have encounters with humans, so I always want to be mindful of not putting an animal in harm’s way because of my own actions.

So we landed at an incredible spot, just 15 minutes out of Snowmass but far enough away to be without cell phone service, one of my favorite things. Some views from day 4 & 5, which rounded out our Summer of Love and Unemployment adventure.

Recent Updates from the Land of Love

Good days start with great jeans. All the evidence you need, found here.

Our life on the family farm!

written on a whim
anordinarywoman

A queen\'s guide to an extraordinary life

and everything in between